The Hall Art Foundation is pleased to announce an exhibition by German artist Helmut Middendorf to be held at Kunstmuseum Schloss Derneburg. The show will include approximately two dozen paintings, works on paper and films from the late 1970s and 1980s, all inspired by the music scene, nightlife, architecture and streets of the Kreuzberg district of Berlin called SO 36, where Middendorf lived and worked at the time.

Located in proximity to the Berlin Wall, since the late 1960s Kreuzberg has been a center for new art, music and theater. In the 1970s, Middendorf’s apartment and studio was located on the Oranienstraße, a main road lined with bars, restaurants and shops that runs through the heart of Kreuzberg. While SO 36 stands for the district’s postcode, it is also the name of a famous music club on the Oranienstraße largely focused on punk rock, which was co-owned by the artist Martin Kippenberger, and was then a central meeting place for the new art scene.

In 1977, together with Rainer Fetting and Salomé, Middendorf was a founding member of Berlin’s legendary Galerie am Moritzplatz, a birthplace of the Neue Wilde -- a group of German artists who reintroduced and championed an expressive style of painting in Germany in the late 1970s and 1980s. Middendorf’s paintings from this period are characterized by their large scale, bright, intense colors, high contrast, and broad, gestural brushstrokes. The subjects were inspired by the artist’s direct environment – the architecture, music and night life of Kreuzberg – with a focus on the human figure.

While Middendorf was a student, then teacher, at the Academy of Fine Arts in Berlin, he also became very interested in experimental film and shot a number of Super-8 shorts of his own. Like his paintings, the films on view were all made while Middendorf lived at his SO 36 studio and frequently feature the artist himself. 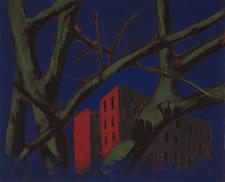 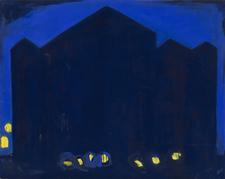 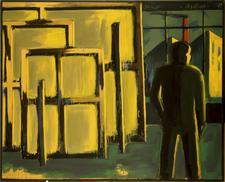 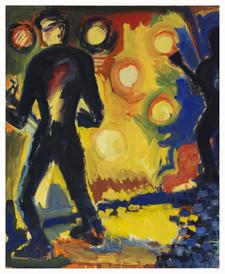