The Hall Art Foundation is pleased to announce an exhibition by acclaimed British artist Antony Gormley to be held at its Schloss Derneburg location. Gormley is internationally lauded for his sculptures, installations and public artworks that investigate the relationship of the human body to space. This is the largest Gormley exhibition held in Germany to date, bringing together works on paper, large-scale installations, and indoor and monumental outdoor sculpture that span the artist’s sculptural journey, from the early 1980s to site-specific works created this year.

The core of Gormley’s sculptural thinking – the relationship between mass and space, carried through skin, grid and volume – can be seen on the ground floor. The first work, from the series Learning to See III (1993), is a sculpture of embodied consciousness: an alert, aware, erect body. It has one closed, continuous surface. Its eyes, for the first time, are indicated, acknowledging a kind of internal vision. Set II (2017), in the adjacent room, uses the same body posture, but here the grid structure common to architecture is used to map the subjective space of the body. This pairing is qualified by a final work, Fit (2016), an unequivocal translation of anatomy into architecture that represents the high-energy zone of a body’s presence.

Being continues to investigate ways of presenting the body less as an object and more a place – a site of transformation and an axis of physical and spatial experience. A number of early lead “Bodycase” works are made on molds taken directly from the artist’s body. These works are a materialization of a real event on a real body in real time. Using verticality and laterality, they attempt to confront the viewer with their own embodiment in space and time. One work, Close I (1992), is a splayed and prostate body on the floor – an “X” that marks a fixed point on the surface of the earth.  This work represents our dependency on the planet and acknowledges that each body is a point of reconciliation between centrifuge and gravity.

One of eight large-scale Corten Steel Expansion Field sculptures, Expansion Field 40/60 (2014), continues the idea of a case for a body, although these particular cases are made with the orthogonal geometry of a room. These “Tankers”, as the artist describes them, invoke the expanding nature of consciousness, in spite of bodily determinism.

In Expansion Field I am applying the Hubble Constant – the idea that space is a state of continual expansion – to the subjective space of the body in different attitudes of emotional contraction or extension. These eight works attempt a bridge between the darkness of the body and deep space.

The linear display of the Expansion Field sculptures is complemented by a series of recent body prints and woodblocks. These works on paper prompt a conversation between the Paleolithic gesture of presence and Modernism's attraction to the void. Woodblock prints of planes equivalent to those found in the Expansion Field sculptures make x-ray-like images of the space of the body, where the grain of the wood forms a subtle, translucent crosshatching. These woodblock prints are paired with body prints, like Feel III (2016), made with a mixture of crude oil and petroleum jelly, which indicate instant indices of lived time.

Sleeping Field (2015-2016) is a large-scale installation in which architectural language is used to describe a city made up of 700 miniature body-forms. Each body-form is made from 29 discrete parts, re-configured to make up 70 original poses, each cast 10 times. The work refers to humankind’s dependency on the city as an instrument for survival. While it can be seen as an urban landscape, it also refers to the present crisis of migration and the camps that have become familiar in Turkey, Greece and Germany. Distillate I (2003), one of Gormley’s earliest built “Blockworks”, proposes an alternative model of a landscape or citadel made of multiple cells. Here, blocks of six discrete sizes map the space of an unconscious body.

Sited on the Schloss grounds is Block II (2017), a 46-tonne red granite ‘Blockwork’ made of 22 stones that sit one on top of the other using their deadweight as a constructive principle. The artist conceives of this work as a meditation on the current and temporary state of humankind embedded in the city, brooding about its future. It purposefully conveys the attitude of a lazy Buddha.

One of Gormley’s well-known works, European Field (1993), sited in a specially renovated barn, is a vast installation of 35,000 terracotta elements made from clay taken from Småland, Sweden. Simultaneously evoking our ancient ancestors and the unborn, European Field reverses the normal economy of contemplation, making the viewer the subject of its gaze. Deliberately made uncomfortable, the viewer is cast as an actor who has unconsciously walked onto a stage and is now facing an audience that asks: “Who are you? What are you? What kind of world are you making?” The presentation of European Field is complemented by 12 drawings, such as Two Beings Doubtful (1989), made of earth, oil and carbon.

Antony Gormley was born in London in 1950. His work has been the subject of numerous solo shows worldwide, including exhibitions at National Portrait Gallery, London (2016); Forte di Belvedere, Florence (2015); Zentrum Paul Klee, Bern (2014); Centro Cultural Banco do Brasil, São Paulo, Rio de Janeiro and Brasilia (2012); Deichtorhallen, Hamburg (2012); The State Hermitage Museum, St Petersburg (2011); Kunsthaus Bregenz, Austria (2010); Hayward Gallery, London (2007); Malmö Konsthall, Sweden (1993) and Louisiana Museum of Modern Art, Humlebæk, Denmark (1989). He has also participated in major group shows such as the Venice Biennale (1982 and 1986) and Documenta 8, Kassel, Germany (1987). Permanent public works include the Angel of the North (Gateshead, England), Another Place (Crosby Beach, England), Inside Australia (Lake Ballard, Western Australia), and Chord (MIT – Massachusetts Institute of Technology, Cambridge, MA, USA). Gormley was awarded the Turner Prize in 1994, the South Bank Prize for Visual Art in 1999, the Bernhard Heiliger Award for Sculpture in 2007, the Obayashi Prize in 2012 and the Praemium Imperiale in 2013. In 1997 he was made an Officer of the British Empire (OBE) and was made a knight in the New Year’s Honours list in 2014. He is an Honorary Fellow of the Royal Institute of British Architects, an Honorary Doctor of the University of Cambridge and a Fellow of Trinity and Jesus Colleges, Cambridge. Gormley has been a Royal Academician since 2003. He currently lives and works in London.

The Hall Art Foundation | Schloss Derneburg Museum is open to the public by appointment only and for guided tours only. 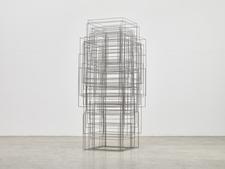 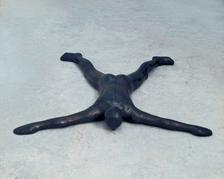 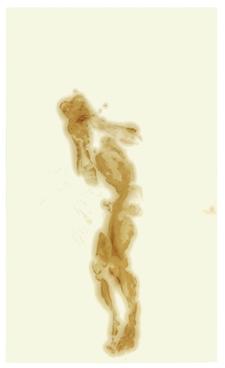 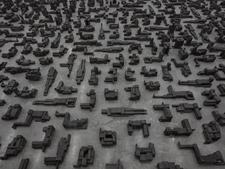 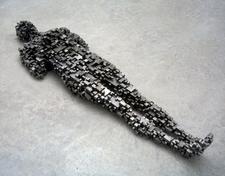 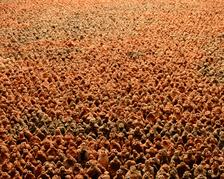 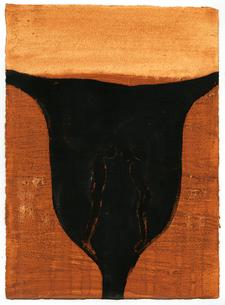