The Hall Art Foundation is pleased to announce a group exhibition curated by American artist Joel Sternfeld to be held in its galleries in Reading, Vermont from 14 May – 27 November 2016.  Over fifty artists are represented in Landscapes after Ruskin: Redefining the Sublime, which includes paintings, photographs and sculptures selected by Sternfeld from the Hall Collection.  The exhibition will also feature the world debut of Sternfeld’s video work, London Bridge (2016).

John Ruskin was an influential English art critic and social thinker of the Victorian era, who argued that the principal role of the artist is "truth to nature." For Ruskin, this “truth” was more than just a technical representation of the natural world on canvas. Rather, Ruskin believed that all great art should depict the natural world as mankind experiences it.  For example, the 19th century artist, J.M.W. Turner, whose work was championed by Ruskin, depicted the trees, mountains, sky and water in his landscapes as ethereal and majestic – but also as overwhelming and somewhat threatening. By representing a landscape in a manner that elicited the sensations of beauty, but also of terror, Ruskin believed that Turner was able to render an authentic depiction of the sublime.

A joyful experience of nature is now mixed with a certain terror as the earth and its atmosphere are increasingly touched by human activity. The great uncertainty of the planet’s sustainability hangs over us like the imposing waves in Turner’s seascapes. In a world overwhelmed by human industry and development, Sternfeld demonstrates how contemporary artists can discover new beauties associated with nature, and in so doing, can invoke a new sense of the sublime.

Sternfeld’s London Bridge (2016) was filmed at Lake Havasu in Arizona. Built in 1831, London Bridge originally spanned the River Thames in London, England before it was sold to Lake Havasu City founder and entrepreneur Robert P. McCulloch in 1968. After its sale, the bridge was dismantled, shipped overseas and rebuilt at Lake Havasu, where it is now a tourist destination. Sternfeld’s film features a gondolier dressed in traditional garb, rowing a gondola through the waters around the bridge while serenading onlookers with Italian arias. The gondola and gondolier, archetypal symbols of old world romanticism often featured in 18th century Venetian vedute, are in stark contrast to present-day spring-break life at Lake Havasu – dominated by loud motorboats and raucous groups of bikini-clad youths drinking and dancing to thumping house music.  In this globalized mash-up of sensibilities, Sternfeld evokes beauty and terror.

Atmos (2003) by Naoya Hatakeyama was photographed at a local steel factory in Camargue, France. Camargue is a region noted and prized for its great natural beauty, much of which is conserved as a nature park, where, for example, wild horses roam freely along the extensive marshlands. In Atmos, clouds of rose-colored steam, by-products of the steelmaking process, rise above the foundry. Although the steam is generated from human activity, its organic, cloud-like appearance confounds our understanding of nature and artifice.

Gerhard Richter’s Townscape (1969) recalls aerial photographs of cities bombed during the Second World War, particularly Dresden. While the subject of the painting can easily be identified as a cityscape seen from afar, Richter’s gestural application of paint abstracts the houses, buildings, streets and trees, so that individual elements when seen close up, dissolve into contemplative and perhaps transcendent passages of white, grey and black.

Nacht 10 III (1992) comes from Thomas Ruff’s series of “Night” photographs. These images depict industrial and suburban landscapes photographed at night in and around the Düsseldorf area, where the artist lives. Ruff photographs using a night-vision device, producing blurred and greenish images reminiscent of military surveillance photographs made during the Gulf War to identify targets and gather intelligence. In Nacht 10 III Ruff uses this enhanced vision to transform a banal scene of construction cranes sitting in an empty lot into something both sinister and sublime.

David Wojnarowicz’s Head (1984) is connected to a series of disembodied plaster heads entitled Metamorphosis. Relating these works to the twenty-three genes present in a human chromosome, Wojnarowicz has described the series as being about the evolution of consciousness. Perhaps representing planetary disorder as well as spiritual distress, Head is covered with torn fragments of geographical maps and the figure’s troubled eyes have been painted as blood-red ovals outlined in a thick line of black.

Born in New York in 1944, Joel Sternfeld is a renowned and influential artist using photography, noted for his large-format color photos documenting the American landscape. He earned his B.A. from Dartmouth College and teaches photography at Sarah Lawrence College in New York, where he is the Chairperson of Visual Arts and the Noble Foundation Chair in Art and Cultural History. His works are represented in institutional collections worldwide, including the Museum of Modern Art, New York; the Metropolitan Museum of Art, New York; the Hirshhorn Museum and Sculpture Garden, Washington, D.C.; the Art Institute of Chicago; the Whitney Museum of American Art, New York; Museum Folkwang, Essen, Germany; Yale University Art Gallery, New Haven, CT; and the San Francisco Museum of Modern Art. He has been the recipient of the Citigroup Photography Prize (2004), the Prix de Rome (1990-91), two Guggenheim fellowships (1982, 1978), and the National Endowment for the Arts Photographers Fellowship (1980). Thirteen books documenting Sternfeld’s projects have been published to date. Sternfeld lives and works in New York City.

The Hall Art Foundation in Reading, Vermont is open weekends and Wednesdays by appointment.

Boxed lunches are available for purchase up to 24 hours before your visit.

For more information and images, please contact the Foundation’s administrative office at + 1 212 256 0057 or info@hallartfoundation.org.

Collection of the Artist

Courtesy the Artist and Luhring Augustine

Collection of the Artist

Courtesy the Artist and Luhring Augustine 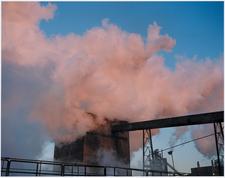 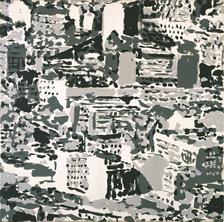 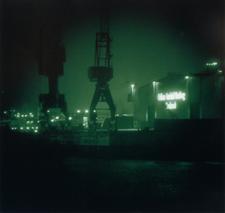 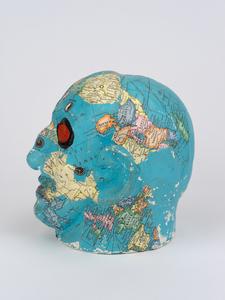